Serendipity ~ a natural gift for making useful discoveries by accident

When we purchased our 105 year-old house we thought a thorough cosmetic overhaul was all it needed.  We have since learned that houses built in 1900 need a little more TLC than that.

It has been our experience that most of our projects are delightful accidents, thus the arrival at naming this site.  We're not restoring, but face-lifting.  With a poorly-executed country theme prevalent throughout, we've begun with the largest project, the kitchen.  Striving for an Olde World style, we're making progress... albeit a snails pace.  It is our hope that you enjoy watching our progress as it unfolds.

Do It Yourself
Friends
Special thanks for the use of their graphics:

Busy, but not blah, blah, bloggin' about it

With a glance at the dates on my entries, it would appear that progress has come to a halt on the house, but such is not the case.  If anything, I've simply been too busy to stop working to write about our progress.

A few of the bigger items...

I think I've lost my marbles.  The Lord had really been working on my heart over the course of the past month with regard to ... well... this ~

She's a Shepherd/Lab/Boxer mix.  Her coloring is Shepherd, her build is Lab, and the only part I can find on her that's boxer are the wrinkles on her nose!  She is absolutely adorable and just the best behaved little thing.  Not quite eight weeks old, she's already using the outdoor facilities more than the inside ones.  I never knew, however, that puppies don't sleep through the night!!  It's worse than when my own kids were this age!  Oy!!

I'm not sure what it is about ladder work, but I'm a bit stiff today.  Perhaps it's the tensing-up, not the actual physical climbing, that my muscles are complaining about.  Either way, I'm not looking forward to yet another day of it, but the cold, hard, inexplicable  fact remains...I gotta get it done!  I'm on a roll and I'm not giving up now!

Ya know, it's not just about the facade.  It's the fact that I can't work on the landscaping until the soap and the paint stop dripping.  The change will be drastic, I know, and I've waited a long time for this project.  Ain't no stoppin' me now....

Before and after pictures are going to be sweet!

No, really, what color is it?

I began a project of enormous proportions yesterday.  I really didn't think I'd attempt it without my husband, but ya know...a woman's gotta do what a woman's gotta do!  And it was just staring me in the face every day and I couldn't put it off any longer.  With a perfect 73 degree day, I began cleaning the vinyl siding.

Good golly...what a mess.  I  had no idea just how bad it was until my efforts began revealing a completely different color under all that grime.  I dare say the previous owner never cleaned it!   And while the rewards are sweet, the work is long and arduous.

Clean from the bottom up...it avoids streaking.
Bring the hose up with you the first time when you climb 20 feet up the extension ladder.
DO clean the gutters and downspouts while you're up there already.
Wear shoes with excellent treads when going up on the roof ~ it does get wet up there.
Most important....take the children to a friend's house before starting ANY of the above!

I'll be back at it in a little while.  Please DON'T honk if you happen to drive by and see me up on the roof!

I was poking around on the internet a bit and stumbled upon this very nice article about our recent bathroom remodel... Homestyle Forum.

You can find mention of One Woman's Cottage Life and Westinmorland in previous posts as well.  There is a plug every so often for Homeclick.com, so I'm not all that sure what this blog is about.  Still, it was a flattering post!

I  must say, the downstairs bath has been my favorite project thus far... and with better-than-hoped-for results!  But the proof is in the pics...

There are, of course, a few oddball things left to do...aren't there always?

I'm not entirely sure how flattering it is, but Serendipity House got it's first mention (that I'm aware of) in a newspaper article.  Thanks, Aaron, for pointing it out!

Now, if I could just get the town board to appreciate our efforts.  They're entertaiing a zone change down the street to allow a new housing development to go in, in a neighborhood of of 100+/- year-old homes.  You would think this is a no-brainer, but there's already been two public hearings on the issue.

Since putting up the chair rail and most of the floor moulding in the downstairs bath, I've been able to visualize just how beautiful that room will be when finished.  I've also been collecting embellishments along the way that will accentuate the various mediums we've chosen; brushed nickel, an antique-flavored wallpaper with just the right shades of lavender, and white, white, white everywhere else!

It's unfortunate...the pictures simply don't do it justice.  It's difficult to capture what the natural light from a generously sized window does for this room.  It's airy, crisp...yet, cozy and comfortable.  I told Brian that I may put a small wicker chair in there since we have the room.  He said, "Great!  I'll set up the chess set, too...there's already another place to sit!"  UGH!

The valve for the toilet didn't quite allow for a moulding thicker than its previous rubber/plastic run. (yuk!)  So, instead of adjusting any plumbing, Brian simply carved and sanded away a notch in the newly applied moulding!  I like it!

Decisions we make and decisions made for us

We're making nice progress on the downstairs bath!  While there is currently nothing in there of use, namely a commode, I do believe it will be in place by the weekend.

In my last post I had included a few pics of what we had planned for a future pedestal sink and faucet.  After going through some very unsettling days of sticker shock, I made the decision that the sink was simply too expensive.  While it may have looked beautiful, I would be forever reminded that it cost about as much as my children's curriculum for the year!  We chose, instead, on a bit different design which, I do believe, I'm beginning to like much, much better!  I do like the look of the clean, crisp lines of the Kohler, but now I'm leaning toward a more softer feel...one with rounded edges and a curved backsplash.  We selected a commode that matches.    In fact, we were able to purchase the pedestal sink, beveled swivel mirror AND the commode for slightly more than what the sink would have cost alone!  Yes!  I feel much better about that decision!

I would really like to see ceramic tile in there, too, but at this point it's not even a cost factor.  It's the fact that the subflooring would need some work.  There's definitely a slight grade, as well as a dip here and a hump there.  No...vinyl will have to suffice for the time being.

The beadboard is up and ready for a second coat of paint.  Brian's been working on the mouldings...floor, window, door.  Chair rail will be next.  Hard to believe it's almost done!!  Yee Haaw!

I've been struggling with the idea that we're not doing a full-blown renovation on the downstairs bath.  Oh, you know how it goes... "We're just going to do A, B, and C and, when we have the money, we'll put in X, Y, and Z!"  Well, that Z happens to be the flooring...ceramic tile, to be exact.  And, of course, we'll have this beautiful new bathroom, complete with wallpaper, beadboard, pedestal sink, commode, casings and mouldings...and then an old, linoleum floor, bathtub and surround, and a secondary entry door.  Grrrr...

Fortunately, the floor is in good shape and it really isn't that ugly at all...it's just...well....not what I want.  The tub and sourround, of course, will be hidden behind a beautiful curtain/rod/hooks ensemble that I've already found and purchased.  It's difficult isn't it?  The fight between want and need... unsightly and beautiful... good and evil!!!  Ah, but I digress...

I have a bad hang-up of not posting until a project is finished.  I'm afraid I've become more caught up in journaling for an audiance and fogetting the original reason for doing this in the first place...posterity.  While I continually take pictures, I know I'll one day regret not posting more detail about each stage of a project.  Today, I'm changing that.  I have just a taste of what's going on in the downstairs bath.

keep panning right of the tub... 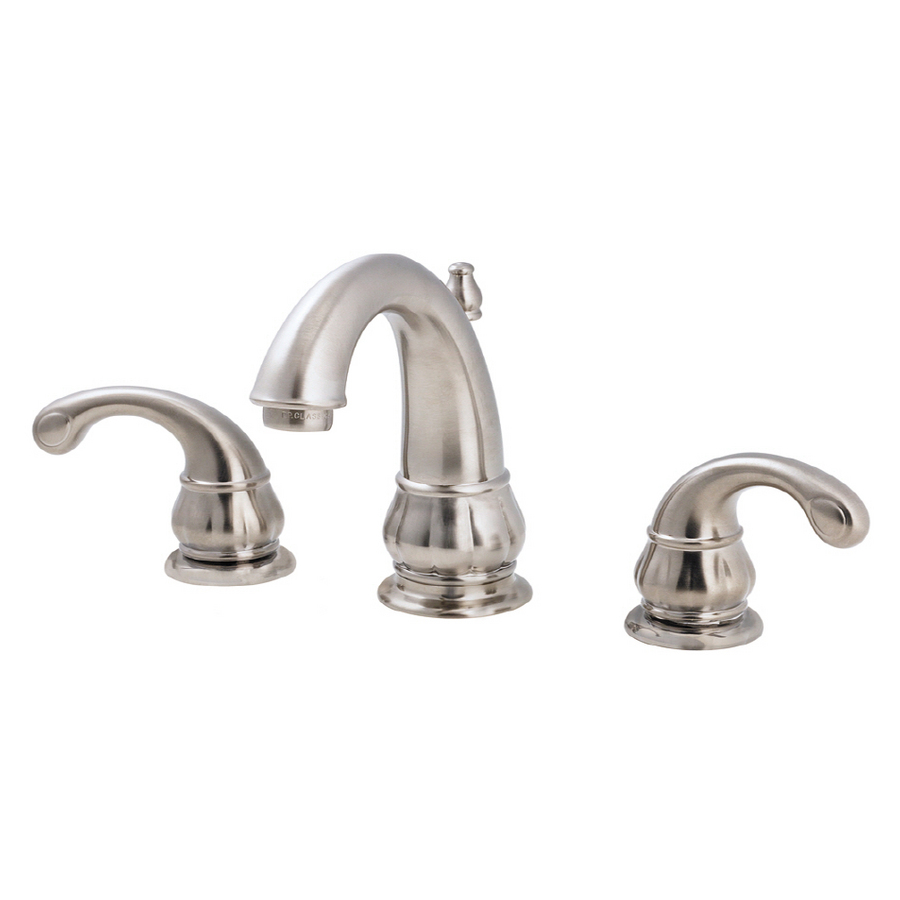 Well, after almost a four month hiatus, I began working on the downstairs bath Saturday!  With a new curriculum in place, homeschooling has taken over my life...which is a good thing...but it leaves little time for home improvement.  Given the choice, I'll take kid improvement anyday!  They are, however, enjoying their winter break right now, and so am I.

First off, this is a remedial makeover.  I recall "officially" starting it's renovation last summer.  I stressed so terribly upon finding an ant-eaten corner beam of our timber-frame house, I decided to take that stress out on the dirty, mint green, calico-print wallpaper in the downstairs bath.  Oy!  Talk about uuuuuuugly!  Well, since it was so stubborn, it just got uglier in there with a ripped patch here, and half a border there.  So that was rash, and I paid for it...with embarrassment.  Dinner guests + ugly, torn apart bathroom...well, you get the picture.

I've been dragging my feet on it for some time now, BUT...I finally picked out and ordered the wallpaper!!  Finally!  That was the fire I needed under my .... er ... uh ... posterior .... !  Thus far, I've stripped the last of the exremely stubborn wallpaper, removed the window moulding and insulated around the window, removed the door and drawers on the vanity cabinet and sanded it down for painting (I love my orbital sander!!), and slapped on a coat of primer where needed...this was all on Saturday.  Yesterday, I gave the first coat of white semi-gloss to the trim and cabinet.  Yay!!  Progress!

Since today is a holiday AND I have my wonderfully handy husband home for the day, I'm having him patch the walls and prep them.  And, if all goes well and we have time, I'd like to get a few more supplies that we need for this project.  Beadboard, vanity sink, moulding all come to mind.

Bravenet Blog
Get One For Free!
powered by